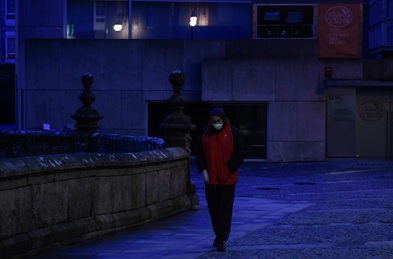 Is being approximately a month since I arrived Spain. In that moment I was expecting this quiet environment breathing in my village, as always, manage couple of obligations and come back Poland with that peace inside.

Once I arrived I saw the coronavirus become worse in Madrid, health system collapse in there, and lots of people who were living in Madrid escape to their summer houses next to the sea and in the countryside… So, couple of days later, everywhere in Spain was in a dangerous situation and the government decided to close the borders and quarantine us in our houses.

I use to be an analytical person, especially when it comes to difficult situations. That’s also part of my job when I teach people with special needs. Somehow, I felt this situation is special needs situation. I should listen carefully, understand and “compare with a normal day” trying to anticipate solutions to bear it better. Let’s say, everything is about properly adaptation.

The history of Special Education has been developing and changing with societies and their consideration and acts about knowing functional diversity is inside that society. Between 15th and 17th centuries, it was the beginning of the Big Confinement Age, which meant an isolation and rejection suffered by those considered deficient in centers that looked like prisons: they were far away, crowded (sharing the place with everybody the society rejects like thieves, criminals,…) and poorly cared for. But, at the same time, people with sensory deficits are the object of educational study -Ponce de León, Bonet or L´Epée use visuospatial systems or manual signs for the education of deaf students; while Haüy or Braille had thought about relief to overcome the barriers of students with lack of vision-. That’s just one example: they were considered different being judging by experts of that time could decide who is inside the society and who should be taken out of it. But… Who sets the criteria? And the consequences?

Because of the virus, in Spain we start kind of confinement before Poland does. Our houses are our institutions and on the top of the places for socializing are windows and balconies. Sadly true, we can see in here people after reading something in Internet and social media are becoming role of experts. Foucault has analyzed the pleasures in watch out and punish. Fear of the unknown, of what is out of the norm, somehow makes us lose empathy from the balcony… There were cases in which neighbours spit and insulted a girl from the balcony screaming „stay home”. That girl was a nurse going to work.

You never know, but history is wise and it repeats. After institutions age, since the end of the 18th century, the concept of pedagogy has changed: the development of the child is considered as an objective in itself. Rousseau in his „Émile ou De l’éducation” concludes with the possibility of educating students with intellectual disabilities, not only sensorial ones. Pestalozzi and Fröebel, following his lesson, laid the foundations of educational care for people with intellectual functional diversity. Then, there were three different stages:

First it appears the Period of Institutions, during the second half of 18th century to first half of the 19th century. In that time, people with intellectual functional diversity are no longer isolated. There is a healthcare interest and medical intervention. It can happen when we start to leave our homes.

Then, it was the period of Special Education, during the second half of the 19th century to the first half of the 20th century. It means, segregated education arises, where each center addresses different disabilities. Schools of special education and even boarding schools are created, giving rise to a subsystem within the general educational system. But, this organization has drawbacks: labeling people for their disability, frustrated children and a misconception of a multiform society. Some people is proposing something like this separating people with virus, people alive after the virus, and people never have had the virus before.

After that experience, Normalization time starts in the second half of the 20th century. This concept emerged during the 1960s, as different associations of parents and education professionals started a movement of rejection of segregated Special Education schools. Among them, Goffman and Spitz, questioned their results, claiming a single school for all people.

In 1975, the United Nations General Assembly proclaims the rights of people with disabilities. In 1978 the Warnock Report was published, it is the first time that the term „special educational needs” has been used. Society continues to evolve, and some people write down which is necessary for this Normalization become real: Mikkelsen highlights the possibility for the person with intellectual diversity to develop a type of life as normalized as possible, Nirje that the rhythm of life of the person with intellectual diversity should be normal, and Wolfesberger that they should use the most normative means as possible.

Finally, you can think when society advances there is a change in educational perspective. The period from Big Confinement Age (in 17th century) to the Rise of Special Centers (first half of the 20th century), we can observe in Europe the educational perspective was to look after the person with disabilities from Clinical Educational Model, so they thought they should be cured by changing their special condition. On the other hand, during the second half of the century the perspective is progressively and independently transformed in each country, into the Pedagogical Educational Model: accepting each individual and promoting their unique development.

Little by little we are taking steps towards inclusion. Inclusion should be our goal that each person in society (which is completely diversity) in all stages of their lives has presence, participation and progress within the total group. We are in this fight together against the virus and we can prevent some diseases like COVID-19 by education and empathy. This is our aim, this is our hope.